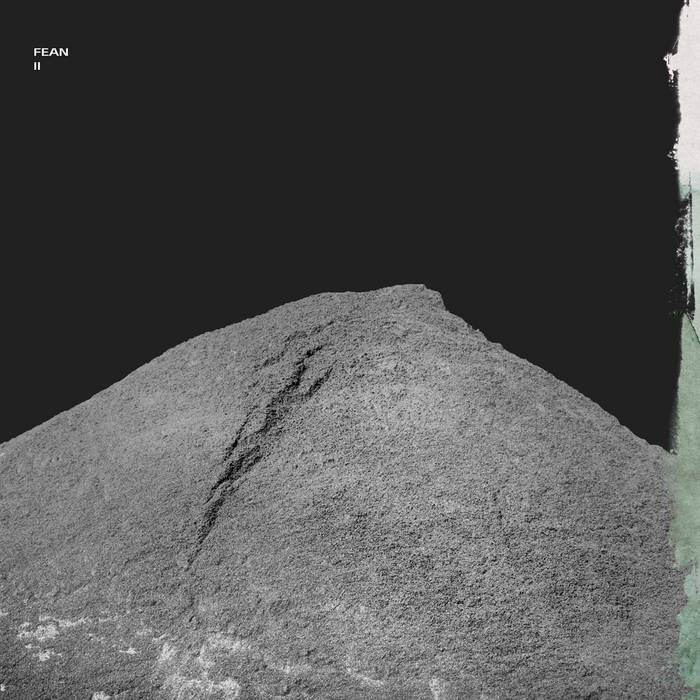 FEAN II is the following of the first opus released on Moving Furniture Records in 2018, from some materials of the improvisatory collective FEAN based around Jan Kleefstra (voice, poems), Romke Kleefstra (guitar, bass and effects), Mariska Baars (vocals) and Rutger Zuydervelt (electronics) from Netherlands, joined by the Belgian musicians Annelies Monseré (church organ, keyboard), Sylvain Chauveau (tuned percussion, radio) and Joachim Badenhorst (acoustic and amplified clarinet, bass clarinet, saxophone). Like The Alvaret Ensemble, this project is the result of some improvisations in a Church. But at not the same place.

The FEAN project gets its inspiration from the ecological decay of peatland in the Dutch province Friesland and in other parts of Europe. Agriculture and peat extraction are threatening the landscape severely and with long term consequences. This forms the underlying thought for the improvised recording sessions, which were overseen by Jan Switters. Although the Piiptsjilling members are obviously used to perform and record together, adding the three Belgian guests (who didn’t play together before) added an extra dimension to the group’s dynamics, resulting in a concentrated yet playful series of improvisations, that were later mixed and edited for the project.

For laaps, that’s was an obvious choice to continue the exquisite corpse project with FEAN and a part of the same members than the first release, just before to move to the Spring season and some news bridges, colors and sounds imprints to come.

Recorded at the St. Thomas church, Ketlik, the Netherlands, by Jan Switters, April 3/4 2018
Mixed and edited by Rutger Zuydervelt

FEAN is a Popfabryk production,
with support from It Fryske Gea and the Province of Fryslân
Co-produced by Never Ending Orchestra